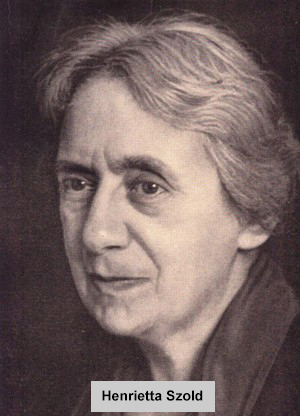 Hadassah, The Zionist Women's Organization of America was founded in March 1912 and today has over 300,000 active members. The organization was founded at a women's meeting at the Emanu-El Synagogue in New York, near the Purim holiday. Henrietta Szold, who had returned from a visit to Israel shocked by the poor state of medical services, persuaded the participants to contribute to the idea of ​​practical Zionism by providing medical services to the Ottoman Jerusalem of those days. At the meeting, the participants decided on the establishment of the organization, and on the adoption of the name "Hadassah", the Hebrew name of Queen Esther, the heroine of the Purim story.

The organization focused on supporting the fields of medicine, social services and education in Israel, the United States and around the world. The organization supported and contributed greatly to the financing of forestry and pioneering projects throughout Israel.

The organization also assisted in bringing thousands of children and youth to Israel through "Youth Aliyah", dedicated to saving Jewish youth from Europe, training them for work and agriculture and assuring their absorption into the Land of Israel.

In addition to its volunteer projects, Hadassah works extensively to promote the Zionist idea in the United States, women's rights, human rights and the war on poverty and backwardness.

After the establishment of the State of Israel, the Hadassah organization continued to operate in the field of medicine, youth and social services. It contributed to the financing of the Lake Hula draining project and to the planting of hundreds of thousands of trees in memory of millions of Holocaust victims. It provided medical services to new immigrants and to Arab villages in Israel.

In 1983, Hadassah-Israel was founded by women from America, members of Hadassah, the Women's Zionist Organization of America (HWZOA), who had made Aliyah and wanted to continue their activities for Hadassah and for improving the quality of life in Israel.

March 8 marks International Women's Day, dedicated to the activities and achievements of women around the world.
On Rosh Chodesh Adar, the anniversary of Henrietta Szold's death, we observe Family Day. This year, faced with the Covid-19 crisis, it is worth remembering the impact this special woman had and still has on our lives. As we praise the strong and egalitarian health care system in Israel, we should remember the enormous contribution this woman, with her world-view and courage, made toward establishing high-quality health and welfare services in Israel. Her actions are an inspiration for an entire country and us. 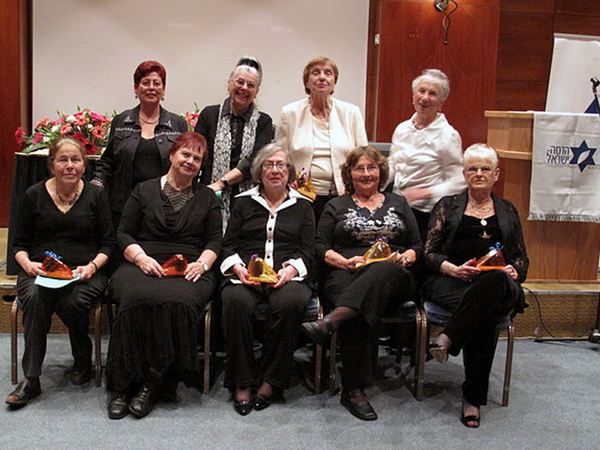 1987 – Hadassah-Israel embarks on intensive traffic safety campaign with emphasis on compulsory infant car seats and compulsory seat belts for everyone. Annual Mediscope. Hadassah-Israel accepted for membership in the Council of Women’s Organization in Israel.

1990 – Special Gifts “High Tea”. Annual Conference and Mediscope. Funding the salary for one year of the coordinator of Hadassah’s Heart Transplantation Program.

1998 – Moadoniot Program – after school enrichment program for children at risk inaugurated. MERED campaign for Road safety holds all year events all over Israel. Award from the Minister of Environment to Hadassah-Israel for activities in the area of environmental education.

2003 - National Conference celebrating Hadassah-Israel’s 20th Anniversary. Child at risk expands to 11 Moadoniot. “Coffee and Conversation” project for abused women begins. Special Gifts Event held at home of the US Ambassador to Israel with proceeds for the Pediatric Emergency unit at the new Center for Emergency Medicine at the Hadassah Hospital in Ein Kerem.

2004 - Miriam Griver elected 8th President. Annual Mediscope focuses on heart health and Prevention of heart diseases among women. The first national Walkathon on behalf of the Neonatal Unit of the Hadassah Hospital on Mt. Scopus. The Hinda Bricklin Gross z”l Library is opened at the Center for Women’s Health in Beit Shemesh.

2005 - Health Study Day on “Women Living with HIV in Israel” and launching the “Light from One Mother to Another” project in cooperation with the HIV Center of HMO. Two new Hebrew speaking chapters established in Beersheba and Rishon le Zion. Hadassah-Israel website launched. Approval received from US Health Department to adopt their “Heart Truth” program in Israel. Annual environmental study day held in cooperation with Hadassah College.

2009 - Special donation event marking the centenary of the city of Tel Aviv.

2010 - The Komen Breast Cancer Awareness Parade is held in Jerusalem in cooperation with 11 associations from all over the country. The Annual Conference theme is Immigration, with the participation of Mr. Yitzhak Navon, former President of Israel.

2011 - Margalit Ziman is elected 10th President of the organization. Fundraising event at the Einav Center for the Department of Osteoporosis at Hadassah. General Assembly of the Supreme Court and the Knesset of Israel. A project to provide food for at-risk youth at Hadassah-Neurim is initiated

2013 - Project for Life Saving Equipment for the Pediatric Intensive Care Unit, Leadership Workshop for the organization's membership in the Begin Museum.

2014 - Rachel Oren was elected 11th President of the organization. Preparation of a work plan for the chapters, updating of the Treasurer's file, updating of the Rules of Governance, national board meetings combined with culture / museum visits. Marking the International Women's Day.

2015 - Computerization of the office and its adaptation to contemporary technology. International Women's Day, National Board Meeting in Karmiel, with a trip to the Upper Galilee, conference on Zionism.

2016 - From 2014-2017, NIS 865,900 was transferred to Hadassah Hospital (of which NIS 471,000 is for life saving equipment for the Pediatric Intensive Care Unit). Preparation of a portfolio for the organization: Characterization of projects, definitions of roles and new procedures. First Gender Conference on Women's Health in cooperation with Hadassah Hospital, Renewal of the National Bulletin.

2017 - Nira Greenstein  was elected as the organization's 12th National President. A leadership workshop for the Board of Directors and the Audit Committee, meetings in conjunction with museum culture, the Executive Board hosted by the Rehovot Mayor's Office, continued fundraising for the premature baby project, and Prof. Bar Oz hosts Hadassah-Israel members in the Neonatal Unit at Mt Scopus.