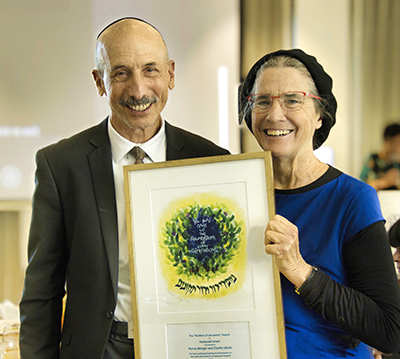 Penny, a Life Member of Hadassah-Israel, is active in the Eshel Chapter of Beer Sheva. In 2023, Penny will serve as the Vice President in charge of Women’s Health for her Chapter. Penny and Charlie have been generous donors over the years supporting projects at our Jerusalem Hospitals.

Anne Rothenberg, President of the Nachama/Tamar Chapter, chaired the celebratory luncheon. Representatives from Chapters within Israel participated, and visiting members of HWZOA, as well as staff, were included on the guest list. 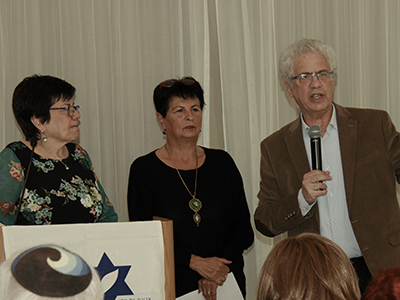 According to Ben Hur, "This disease poses a threat to us as individuals and as a society; we are seeing promising developments in the coming years in the search for methods of prevention".

Hadassah-Israel has been fundraising for the Alzheimer Research Project.  All proceeds raised at Special Gifts go toward his department’s research.

Anne Rothenberg and Annabelle Yuval presented “Special Recognition Awards” to those women in attendance, chosen by their Chapters, to be honored with the “Volunteer of the Year Award.”  Read about our Honorees.